The most popular travel site in the world, TripAdvisor, awards the “Travelers’ Choice Award” every year thanks to millions of travelers’ votes. 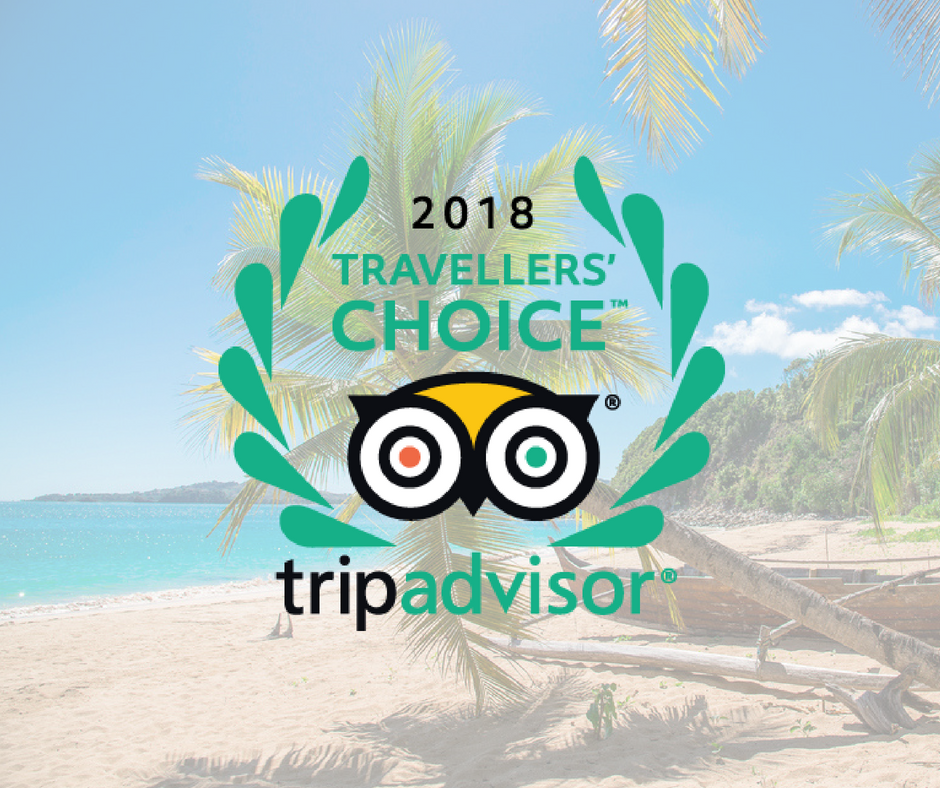 This year, Guadeloupe is 10th on the regional destination ranking for the Caribbean – news that puts a smile on tourism professionals’ faces!

Guadeloupe is a French Caribbean island attracting more and more tourists thanks to its nature, beaches, creole culture and cuisine.

Creole cuisine is a mix of different cultures that have come one after the other on this island, traditional dishes are generally served quite spicy.
On the menu, you’ll find mainly fish such as sea bream, tuna, and swordfish, or shellfish and crustaceans like lobster or crab.

Among the most well-known dishes, the famous colombo, the accras, the blaff (fish or crustacean and sea-urchin egg court-bouillon), the boucané (meat or fish cooked over a wood fire) or the matété, generally made from crab.
A mix of culinary flavors that will awaken your taste buds!

Creole culture is rich.
Music and dance are an everyday part of the Caribbean, which you can find at Guadeloupe’s Carnival, the annual festival close to the hearts of Guadeloupeans that takes place from February to March.

Local craftsmanship is an asset for tourism with the making of hats, gwo-ka drums or boat models made by craftsmen.
Finally, exotic flowers such as birds of paradise, anthuriums, alpinias…

While summer holidays are fast approaching on the mainland, the Caribbean is currently in its off-season. A period when prices fall in all sectors, when it may be a good opportunity to vacation in the uncommon Caribbean islands.

What to do in Guadeloupe during off-season?

Go for walks in the heart of the rainforest and to see waterfalls, taking care to check the weather before leaving; enjoy the calm of the beaches for relaxing, water sports such as snorkeling, scuba diving, canyoning, big game fishing…

Some suggestions for tourist visits during this period:

What happens in Guadeloupe during July & August?

A commemoration celebration dedicated to Victor-Schoelcher takes place on July 21st: he played a major role in the abolition of slavery while he was a Guadeloupe deputy.
A sporting event will take place at the beginning of August (from the 3rd to the 12th), the 68th edition of Guadeloupe‘s international cycling tour.

Another festival dedicated to cooks will take place on August 11th in Pointe à Pitre, Guadeloupe’s capital.
Finally, August 24 the Feast of St. Bartholomew is a religious holiday.

Make the most of the off-season by booking a stay for a few days under the Guadeloupean sun.
Prestige Villa Rental offers rental houses at very preferential rates during this period.

There is even a cumulative offer with the promo code SUMMERG18 for any reservation in July or August.

There’s so many beautiful things to see on this island, you’ll feel enchanted and amazed!

This site uses Akismet to reduce spam. Learn how your comment data is processed.